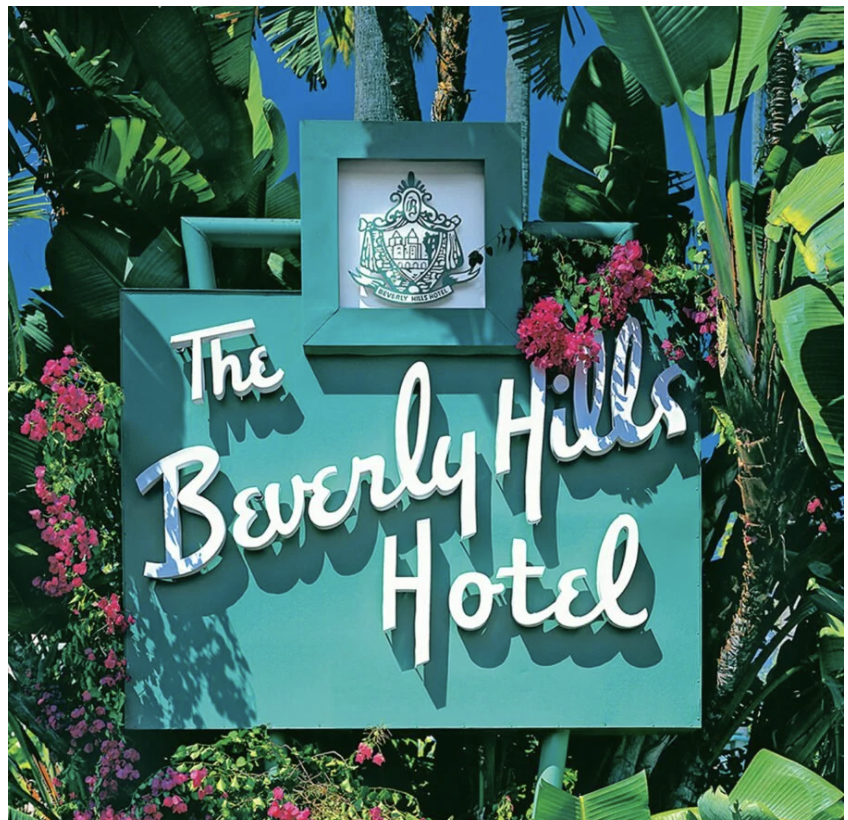 Do you know whose signature represents the iconic Beverly Hills Hotel sign?
If you guessed Paul Revere Williams, architect to the stars, then you’re correct! Mr. Williams was also the first Black member of the American Institute of Architects (AIA) and worked on more than 3,000 professional projects during his 60-year career.
His accomplishments are incredible, and many designers¬—regardless of race—wouldn’t be where they are today without his paving the way in architecture and design.
We at the Designer Society of America invite you to join us as we celebrate the achievements of Black Americans this month and recognize their central role in U.S. history, and we are excited to share the article below about the life of Mr. Williams and his numerous accomplishments throughout the 20th Century. 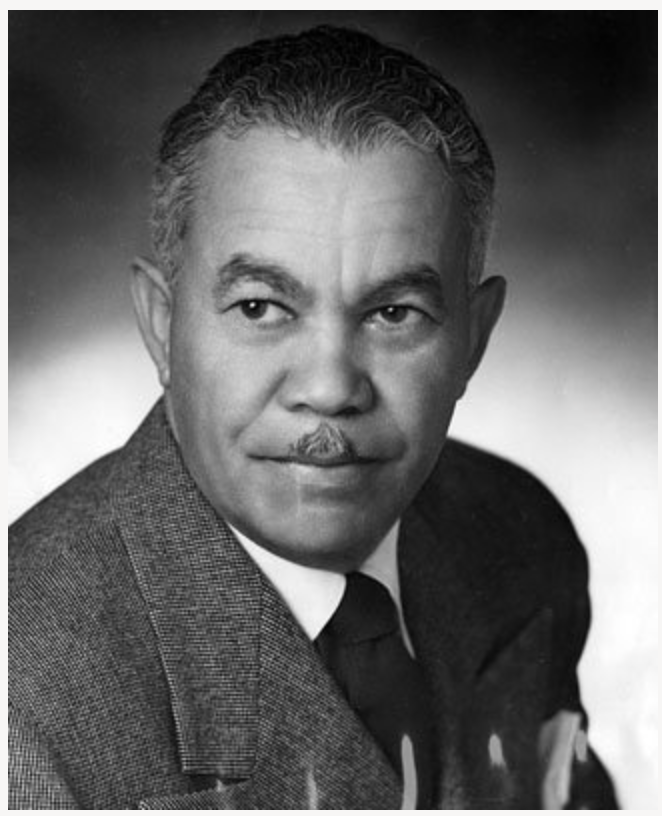 Breaking Down Walls by Building Up Walls: The Life of Paul Revere Williams

By Rachel Leck
Paul Revere Williams likens himself to the landscape of Los Angles. He rose as the city did, designing some of the most iconic architecture of the Southern California skyline. Williams crafted a dizzying array of movie star homes for celebrities and was part of the architectural dream team that constructed the futuristic Googie-styled LAX Theme Building. It is even his handwriting that welcomes visitors on the evocative sign of the Beverly Hills Hotel, a detail of its redesign he headed. Working on more 3,000 professional projects during his epic six-decade career. Williams grew to be an icon in his field and a trailblazer for his community.
Born Feb. 18, 1894, in Los Angeles, Williams was orphaned by the age of 4, when he was separated from his older brother, Chester, place in the foster care system. But one bright spot in an otherwise dark childhood was his foster mother. She encouraged and nurtured the young boy to follow his dreams. Williams' academic gifts were recognized early, and a passion for art and architecture was soon apparent. His instructors attempted to dissuade the budding student from this route, suggesting he pursue law or medicine, telling him those in the Black community will never have the funds to hire him, and those in the white community will never hire him. Period. He paid no mind and persevered.
Black and Gold: How Paul Revere Williams Became the First African-American to Win the AIA's Highest Honor
By 1921, Williams became the first certified African American architect west of the Mississippi. In 1923, he was the first Black person in the American Institute of Architects (AIA) as a member of the Southern California Chapter. The AIA would also award him its Gold Medal posthumously in 2017.
Williams soon became the go-to architect for celebrity homes and possessed a rare ability to design fluidly in various styles. He produced modern interpretations of Tudor-revival, French Chateau, Regency, French Country, Mediterranean architecture and even a Gothic castle in Pasadena for client Jack Atkins. First and foremost, he believed in making a client’s dream a reality—no matter how lofty—but always found a way to make it architecturally pleasing.

Residence in Hollywood, California designed in 1928 by Paul R. Williams for banking executive Victor Rosetti.
Although Williams could be an architectural chameleon, he also held a signature, classic Hollywood style that is instantly recognizable and beloved to this day. So many of the elements he introduced in these residences are now commonplace in Southern California design, including the sweeping curved staircase, oval entrance and reception rooms, as well as the patio as an extension of the house. Williams' homes were grand and glamourous (the Shuwarger house served as Joan Crawford’s home in the 2017 FX TV series, “Feud”), and they were always inviting. These were houses that gave off a warm, casual elegance. Williams valued family above all else. His wife, Della Mae, and their three children were his world, perhaps because he lost his own family so young, and his homes spoke to this.
The unique style of a Paul R. Williams home soon earned him the nickname “architect to the stars.” Among his clientele are such Hollywood greats as Lucille Ball, Cary Grant and Frank Sinatra. See Frank Sinatra walk through his Paul Williams-designed home. 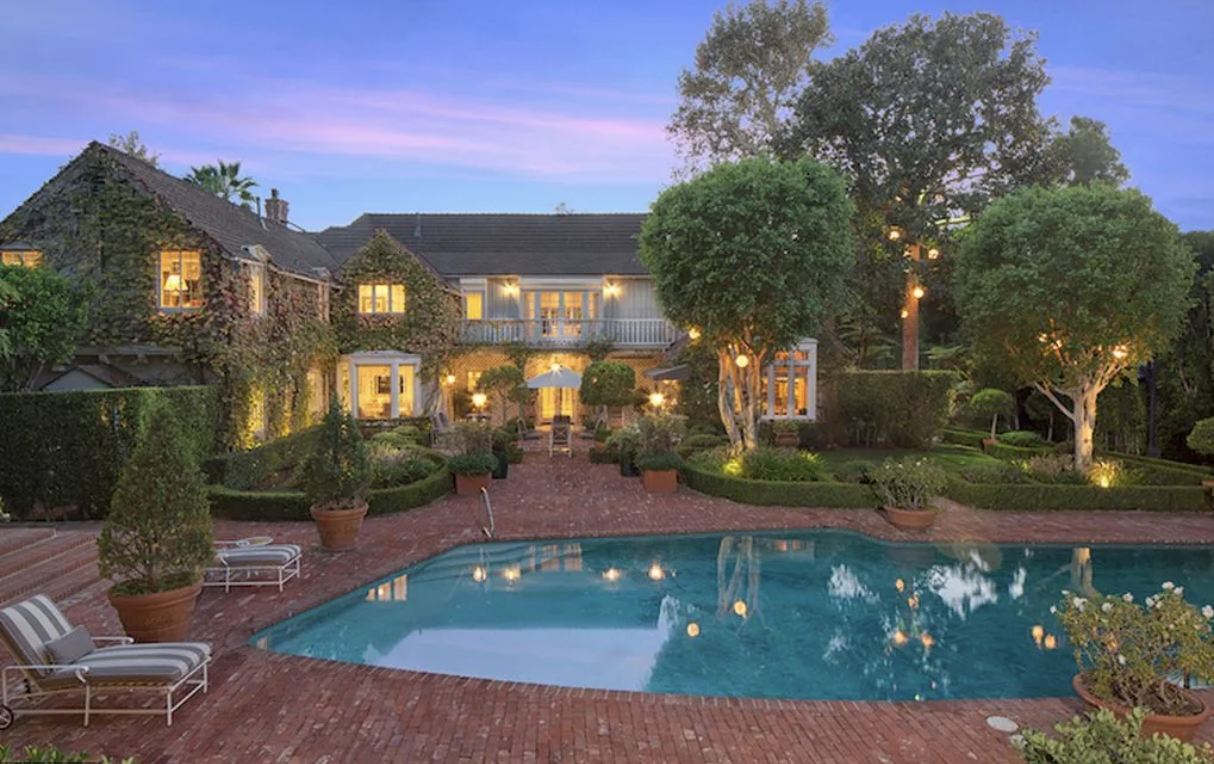 Paul Revere Williams: “I developed a fierce desire to 'show myself.' I wanted to vindicate every ability I had. I wanted to acquire new abilities. I wanted to prove that I, as an individual, deserved a place in the world."

Williams built such an impressive roster of residential and commercial clients that he could have easily rested on his laurels. But instead, he took on additional challenges and dove into civic work. In 1935, construction began on the Williams-designed Langston Terrace, the first federally sponsored housing project in the United States located in Washington, D.C. This was followed by Pueblo Del Rio in 1941, a housing development in South Los Angeles for veterans and nearby factory workers. The designs were cutting-edge with modern flat roofs, clean lines, and grid-like streets. Williams believed good design, quality, and comfortable housing were something all individuals deserved regardless of class, race, or income level, and he sought to make it achievable.

Beverly Hills Hotel
In the 19040s—and after the infamous Beverly Hills Hotel saw hard times during the Great Depression and even closed for a short period—Williams was hired among a group of professionals to help redesign and update the hotel lobby. This project was the first of many for Williams at the hotel. Throughout the 1940s, he designed additions and alterations, updating much of the Mission-style hotel complex. He was also responsible for creating the hotel’s aesthetics. Williams is responsible for the iconic palm wallpaper, which remains part of today's branding. After he completed the 1949, $1.5 million Crescent Wing addition with its iconic script Beverly Hills signature, this view of the sign became universally associated with the hotel. He was also responsible for the Palm Court Terrace renovations, which helped preserve the original feel of the hotel.
Williams also used his many talents to help charities, one of which was St. Jude Children’s Research Hospital founded by his good friend Danny Thomas. After spending an evening with Thomas, Williams had the design for the new hospital come to him in a dream. The vision appeared as a majestic star-shaped building of five spokes radiating off a central core. When the architect awoke, he executed the renderings and presented the plans the next day to Thomas as a gift, free of charge. 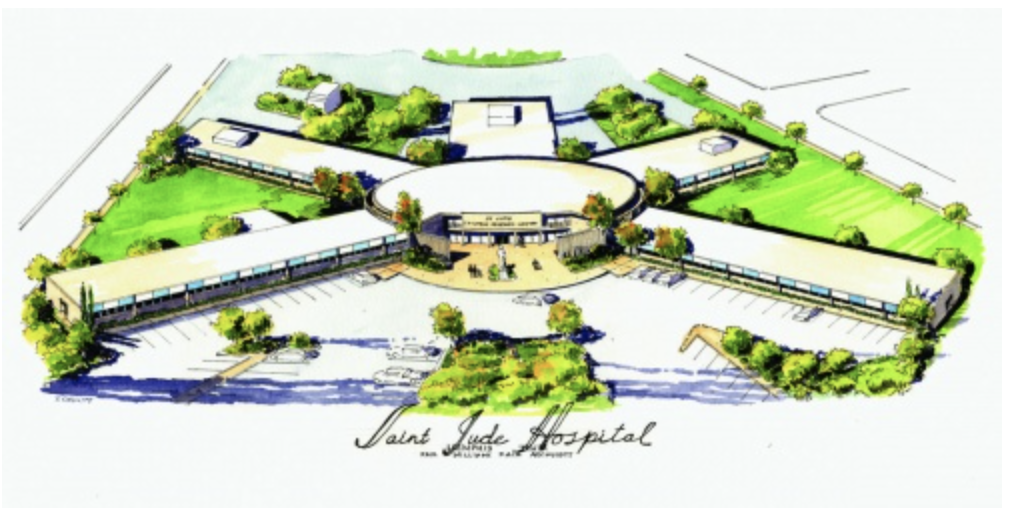 Architect of Hope
St Jude Concept Watercolor
Watercolor based on the 1950s Paul R. Williams' concept drawing, Terry DeWitt, 2010
Again and again, while researching this piece, I read the stories of Black architects who, as young students, discovered Williams' work or, in some cases, met him personally, and that alone was encouragement enough to pursue their dreams. Although Williams retired from practice in 1973, eventually passing on Jan. 23, 1980, his influence remains. He is regarded as a master of classic Hollywood style and an icon of American architecture, who spent his entire life breaking down walls by constructing them. Williams’ life story continues to serve as inspiration for all those who wish to do the same. 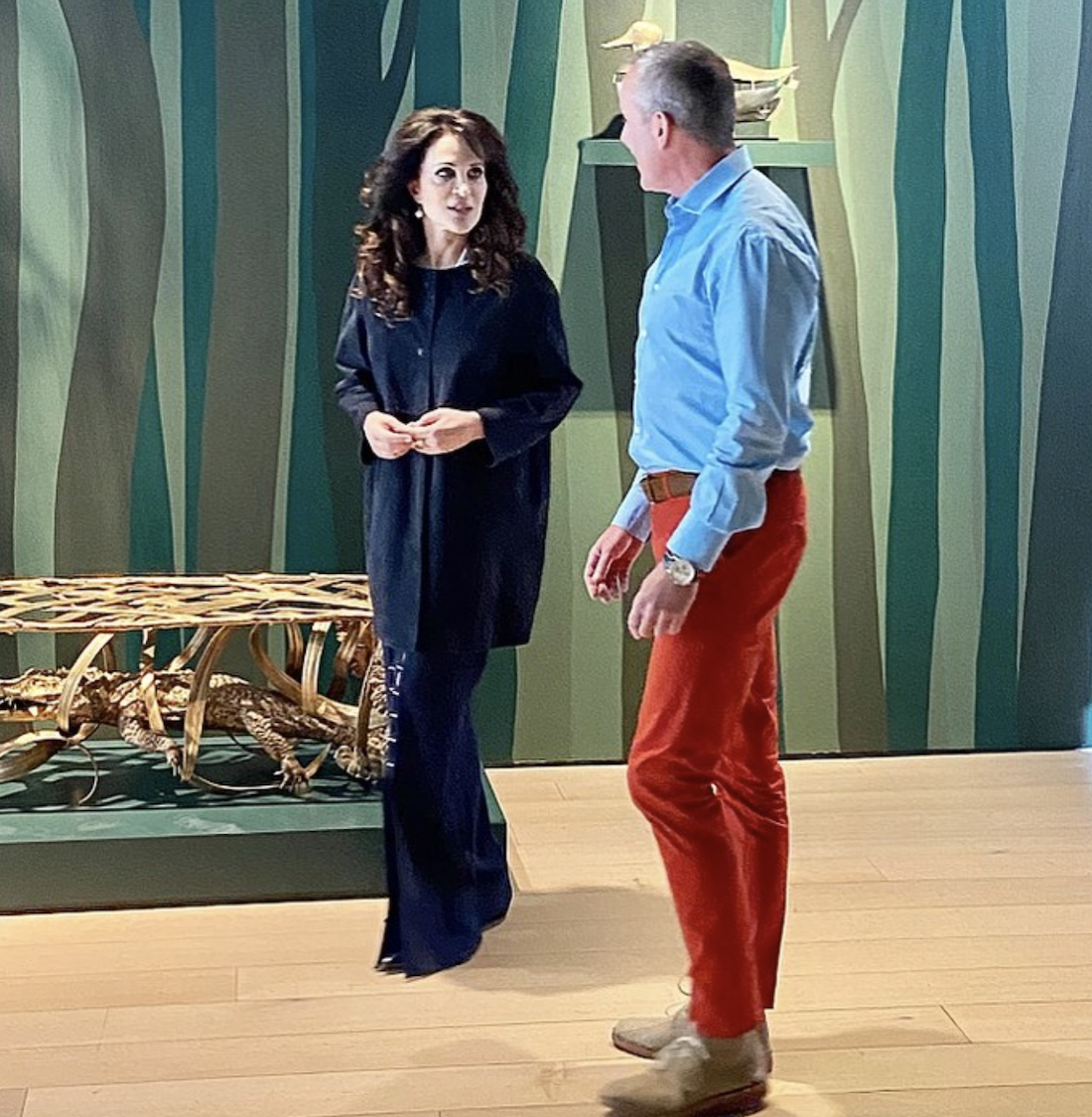 Join us for a ten-session program discovering the legends of interior design.

Who are the world's leading most prolific, influential interior designers? Who are these talents who have achieved unparalleled success, radiated exquisite taste, and who have come to define the quintessential Interior of the 21st century in its global and powerful expression?

Interior Design: The Legends is a ten-session program by Christie’s Education, where design connoisseur/historian Daniella Ohad interviews ten legends of the world of interiors, who have been instrumental in shaping its current identity. It illuminates and investigates the field of interiors today, offering a stimulating opportunity to be introduced to the concept of the 'home' as seen by these erudite legends, and to meet current approaches, methods, and philosophies of sophisticated and rarefied residential interiors. 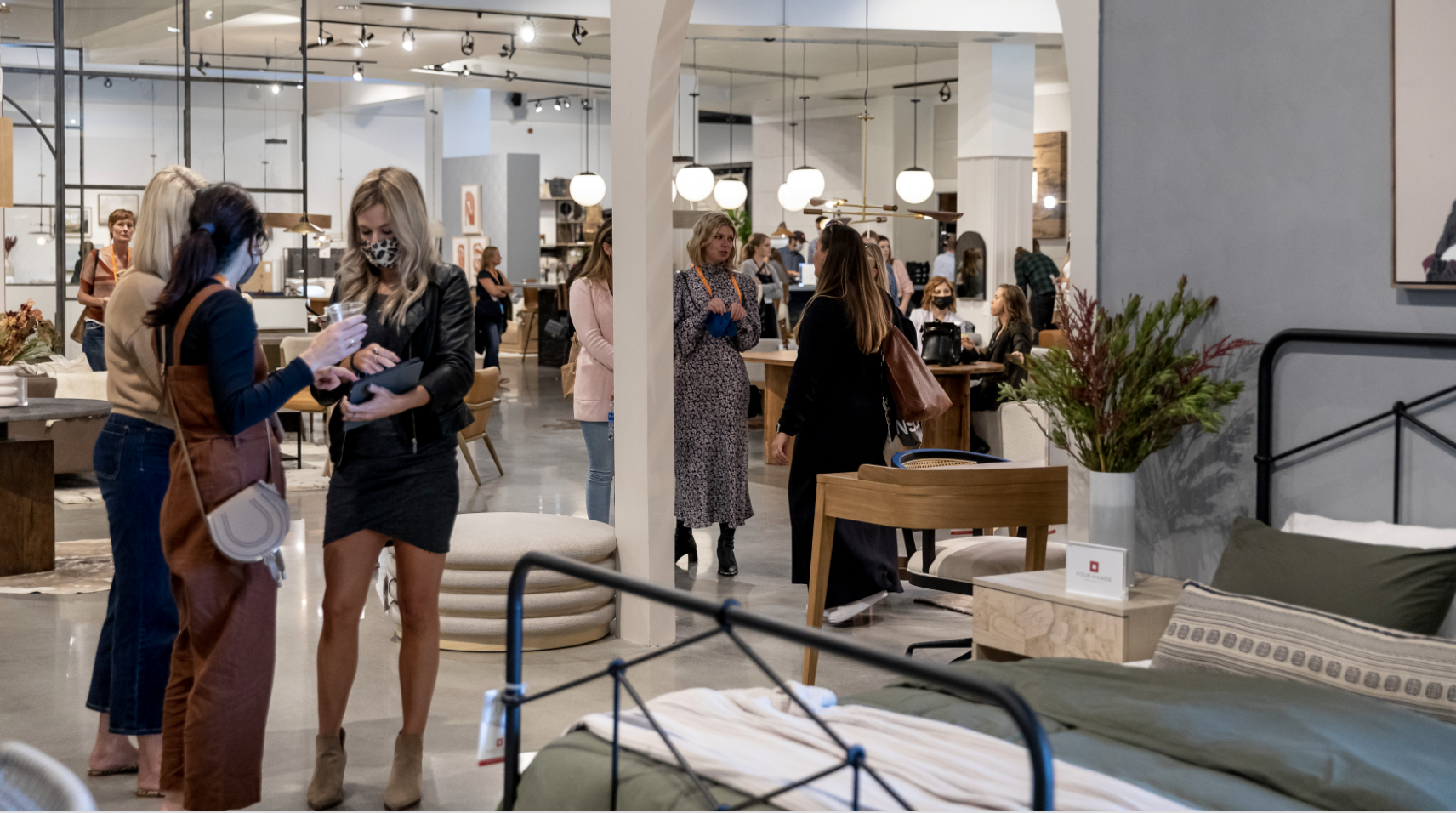 Ten of today’s leading design professionals are excited to get started showing you home fashion’s finest in 2022. Meet the team, find out about their design styles and influences, and get ready to get their insider perspectives on High Point Market. 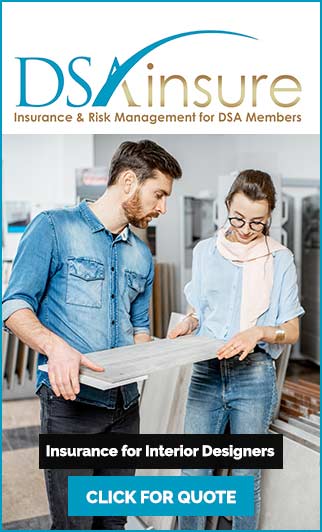 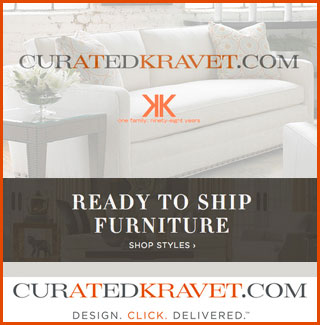