Knowledge is power. Information is liberating. Education is the premise of progress. 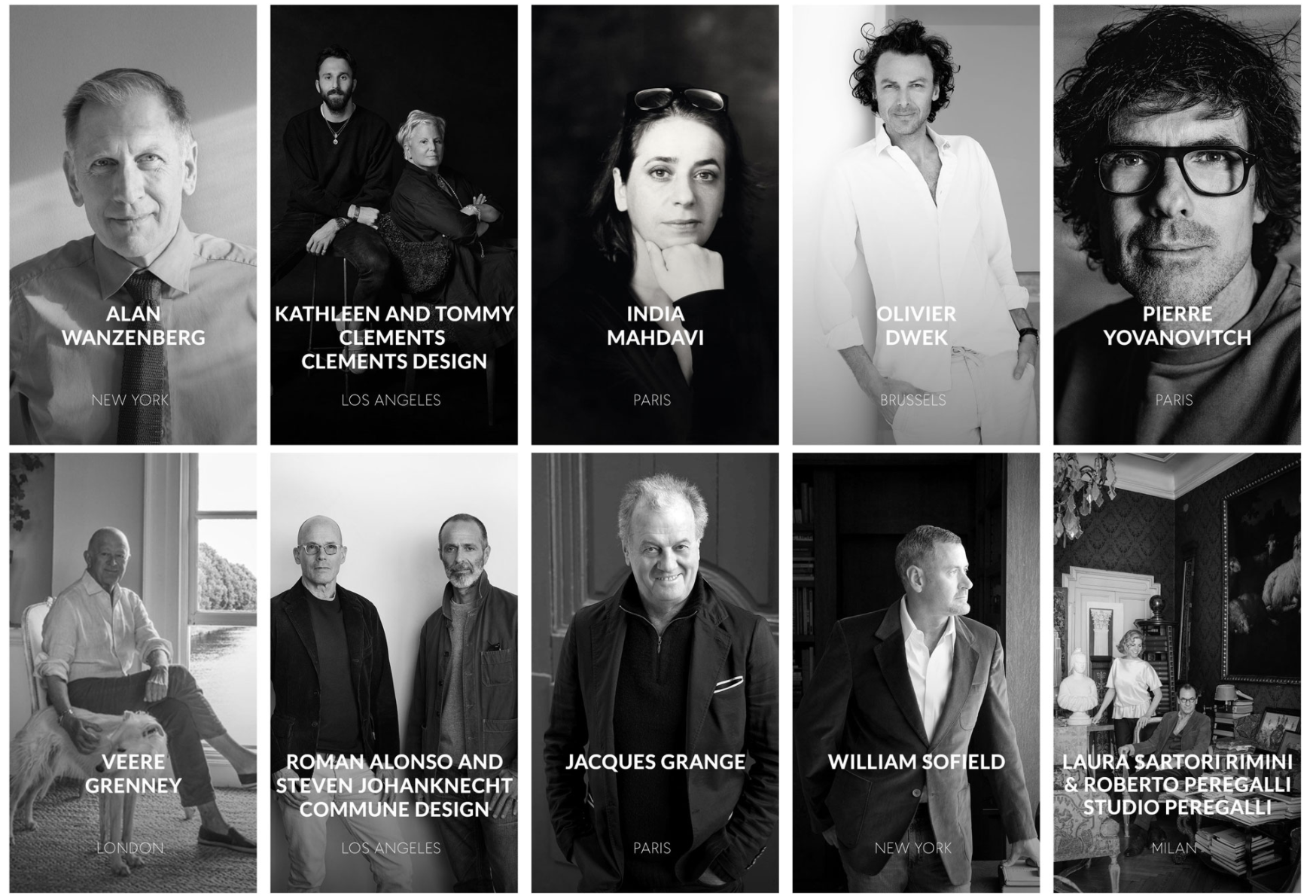 Designer Society of America (DSA) is thrilled to share this opportunity organized by the American Institute of Architects (AIANY) and Dr. Daniella Ohad an incredible virtual learning opportunity for our members.
Oct 08 - Dec 17, 2021
This series is registered for a total of 14 units of continuing education credits with the International Design Continuing Education Council (IDCEC).
Join design educator and historian Daniella Ohad for an ALL NEW online course exploring the work of 10 influential interior designers. Interior Design: The Legends is an 11-session course featuring a series of personal interviews with legendary interior designers, many of whom have been instrumental in shaping the world of interior design. This course will investigate the field of interiors today, as well as the concept of “the home” as defined by these designers. Each session will take a different approach in examining of the methods and philosophies of residential interior design.
The participating speakers have all established international profiles in residential design, are known for their own signature idioms, and have designed renowned residential projects for clients passionate about the culture of design. Speakers will provide insight into the evolution of their careers and will offer thoughts on the state of interior design today.

This program is essential for architects, interior designers, and anyone interested in design culture!

DSA members who sign up for the program and provide proof of purchase receive a free year’s membership, as well as $100 off of the course price at the time of purchase. Participants are also eligible to receive a total of 14 units of continuing education credits with the IDCEC. 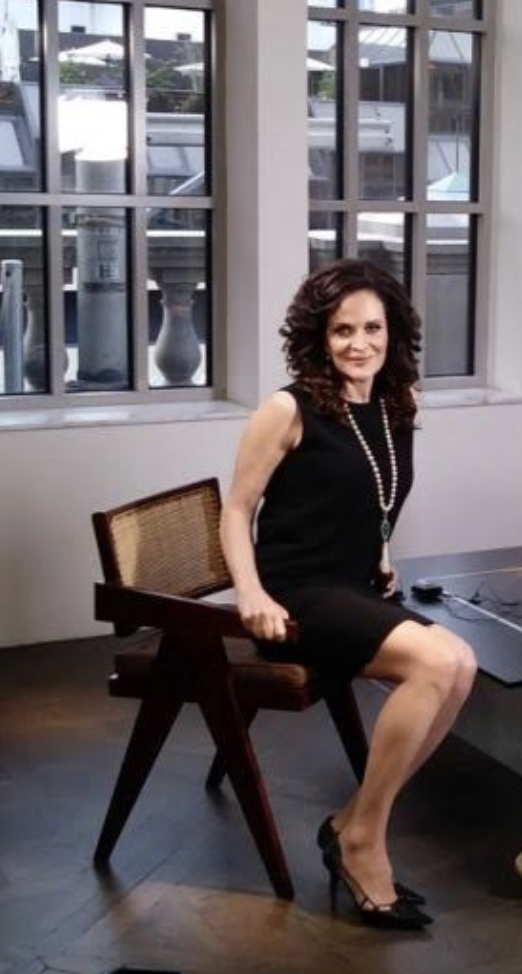 Daniella Ohad received her Ph.D. from Bard Graduate Center for Studies in the Decorative Arts, Design, and Culture. She lectures and publishes widely on design history, theory, and the decorative arts. She has taught at Parsons the New School for Design, Pratt Institute, and Bard College. She is a speaker on topics in design, collecting, and taste worldwide.
What to expect:
"The series gives the rarest opportunity to listen to ten of the most original, influential, and brilliant talents of the interiors profession. Those speakers have achieved unparalleled success, have radiated exquisite taste, and have come to define the quintessential 21st-century spaces. If there is an identity to the interior today, then they have certainly contributed to defining it.
I am interested in illuminating the concept of home as seen by these erudite legends. The conversations will explore contemporary principles in materials, colors, and objects; the role of craft in today's interiors; and the relationship between designers and clients in constructing the domestic space. This program is essential for any practicing architect or interior designer, as well as anyone interested in design culture today." Daniella Ohad /interview with Design Miami
Individual Program Descriptions
Kathleen Clements and Tommy Clements 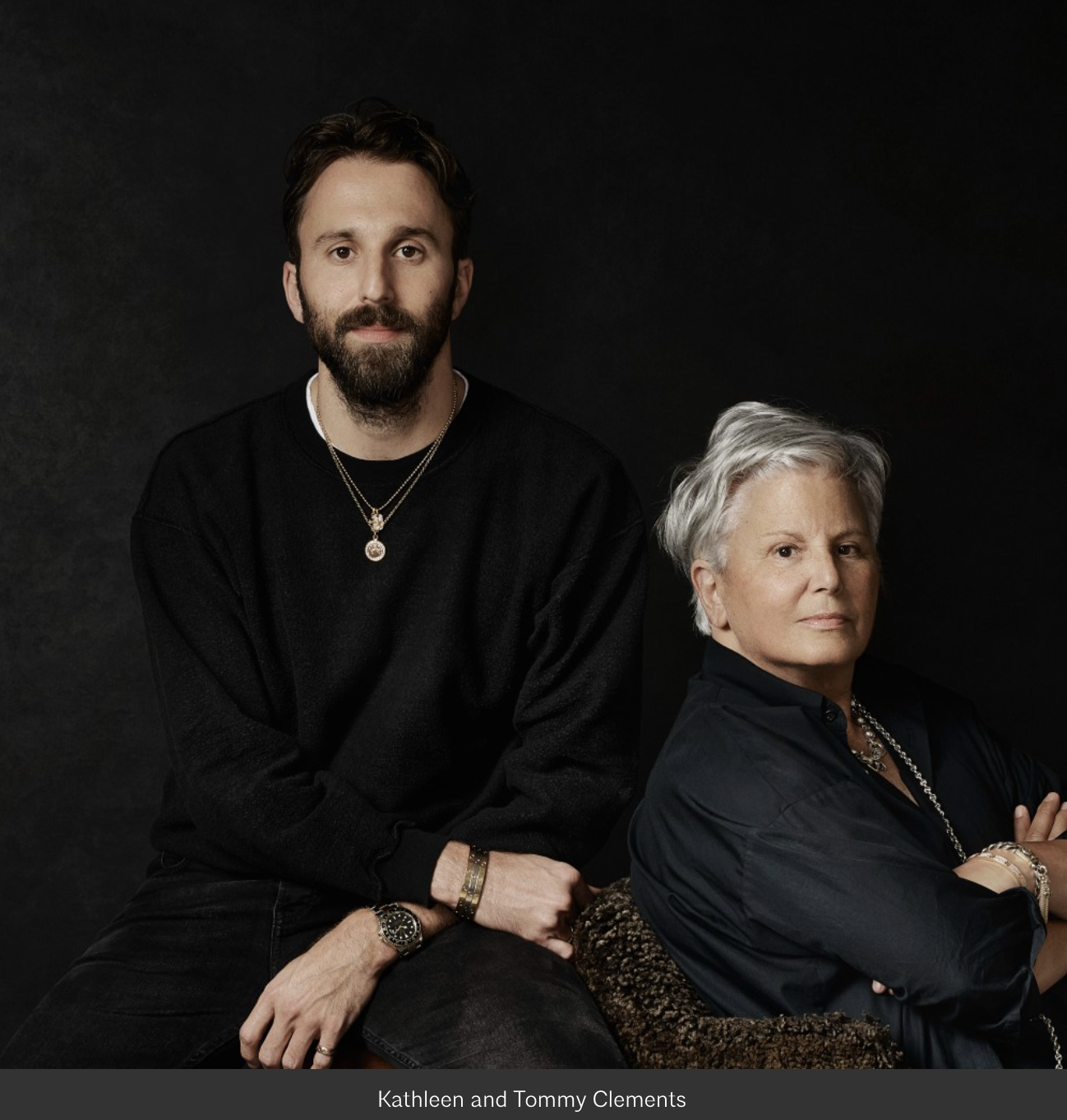 Clements Design
Kathleen and Tommy Clements are the founders of the Los Angeles-based interior design firm Clements Design, and their design identity and signature style is defined by understated elegance and Zen-like simplicity. Their spaces are refined and unpretentious, informed by a neutral, matte color palette and by a blend of natural materials—stone, wood, bricks, and textiles. Their interiors are contemporary and harmonious and are typically filled with collectible pieces by the likes of Rick Owens, Charlotte Perriand, Jean Prouvé, Jean Royère, Les Lalanne, Diego Giacometti, as well as contemporary furniture combined with rustic antiques and muted oriental rugs. Their pared-down spaces are cozy and relaxed, imbued with contemporary glamour.
Studio Peregalli 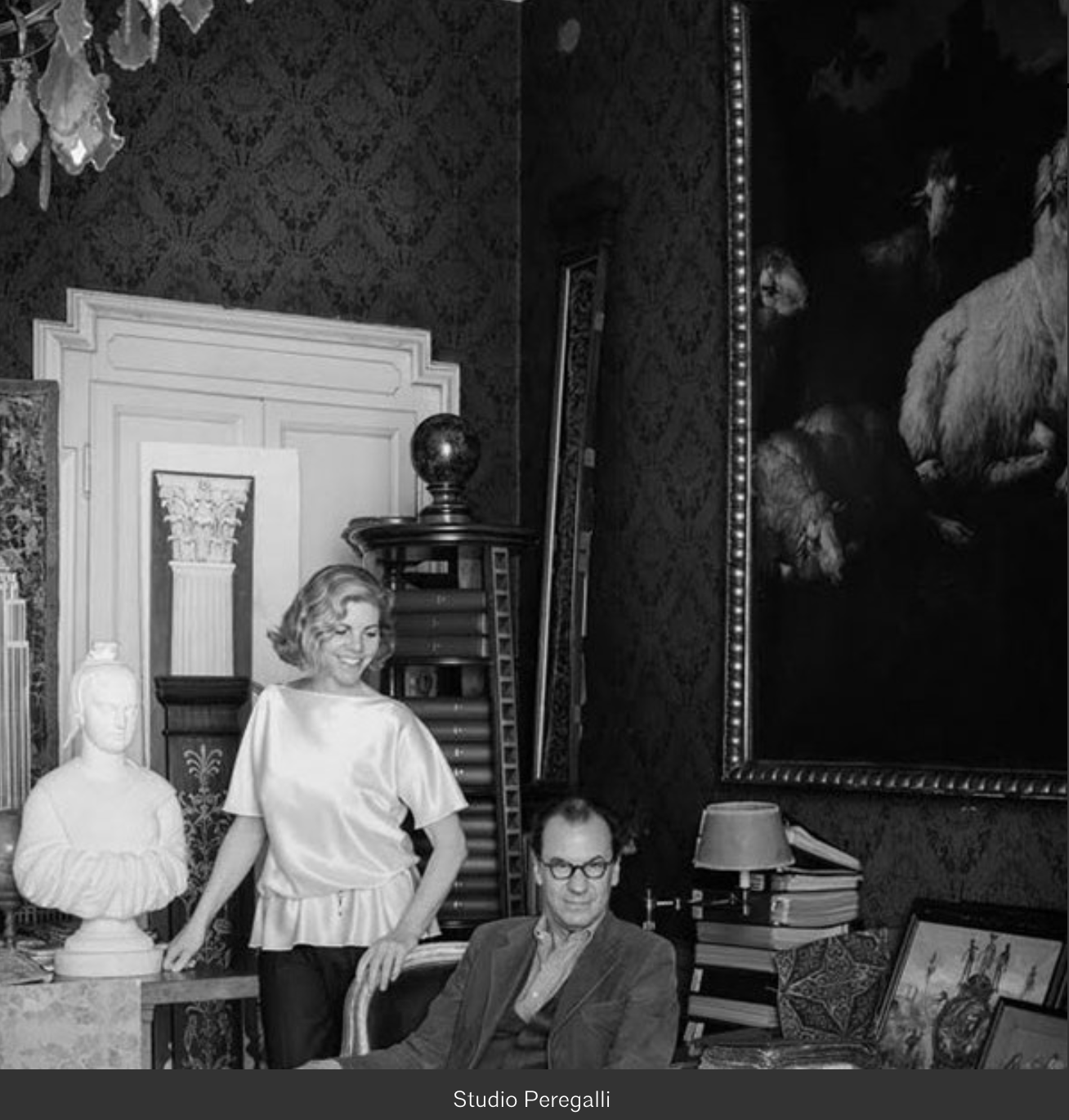 Laura Sartori Rimini and Roberto Peregalli established their Milan-based interior design firm, Studio Peregalli, in 1992. Both were trained by legendary Italian architect and decorator Renzo Mongiardino, who created classical and romantic spaces in the 1970s and 1980s, and is considered among the greatest decorators of the 20th century. Rimini and Peregalli’s love for traditional craftsmanship, art history, and Italian heritage, as well as their passion for collecting, have come to inform their oeuvre. Much of the duo’s interiors are reinterpretations of Italian Renaissance architecture, and many of their clients are art collectors. However, they seek not to create homes that resemble galleries, but believe that works of art should be integral to domestic interior spaces. The decorated, hand-painted wall in the Italian tradition of frescoes and trompe-l’œil have become touchstones of their interior spaces, and they often avoid plain, white walls. Their spaces are filled with books, antiques, art, colors, textures, and layers of memory and nostalgia.
William Sofield 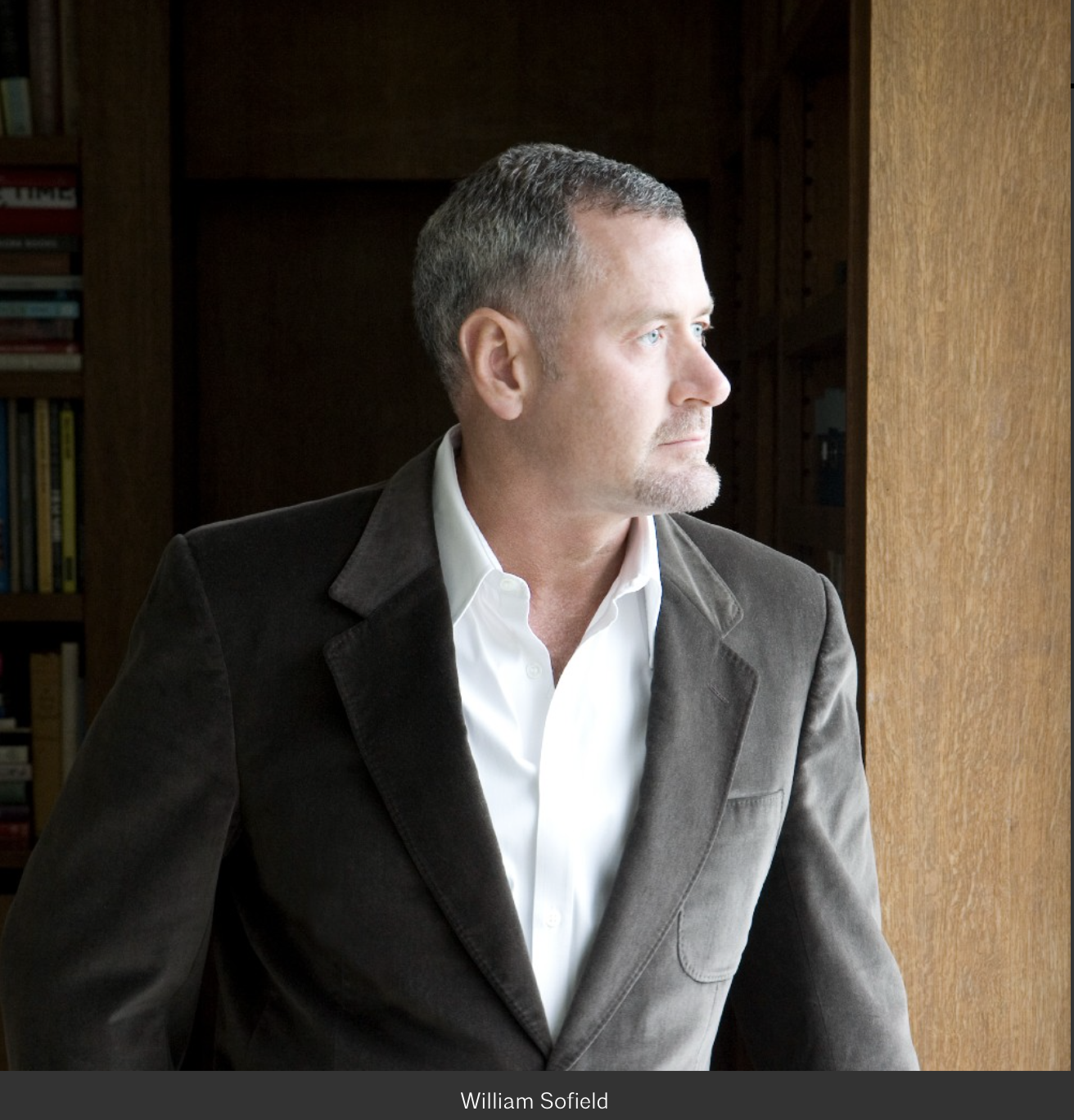 Since establishing Studio Sofield in 1996, William Sofield has specialized in architecture and engineering, as well as industrial, interior, graphic, and landscape design. His work is both modern and timeless in his quest to create spaces that empower the user. A self-taught carpenter and artisan, Sofield is informed by his passion for the integrity of crafts, as well as meticulous details. He regularly works with guilds, ateliers, and workshops, and is committed to keeping the crafts alive. Bronze, crackled glass, upholstery, draperies, concrete, wood, gold and silver leaf, and burnt wood preserved under resin are just a few of the materials found in his site-specific work. Respect for and sensitivity to the site stands at the core of his work; moreover, his interiors are often bright, uncluttered, clean, and imbued with a sense of ease and lightness.
Commune Design 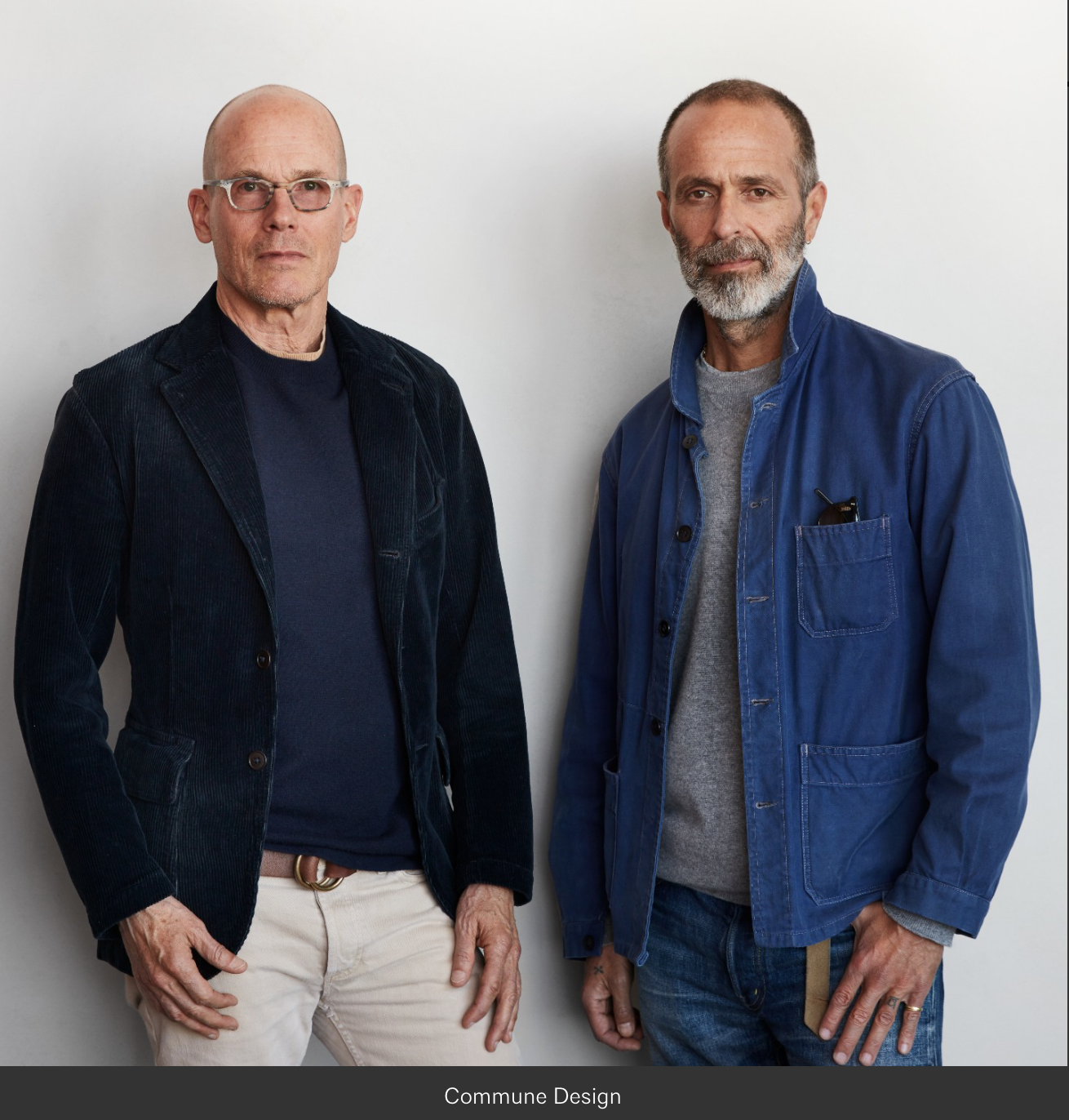 Roman Alonso and Steven Johanknecht are founders of the Los Angeles-based design studio Commune Design, which specialized in architecture as well as interior, graphic, and product design. At the core of the studio’s design philosophy is the notion of collective work and collaborations. The studio’s notable work is the result of collaborations with artists, artisans, and craftspeople around the globe. Alonso was born in Caracas, emigrated to Miami as a teen, and worked in art publishing. Johanknecht became Vice President of Display and Store Design for Barneys New York. Together, they founded Commune Design in 2004. Their style captures the effortless, cool lifestyle of Southern California. 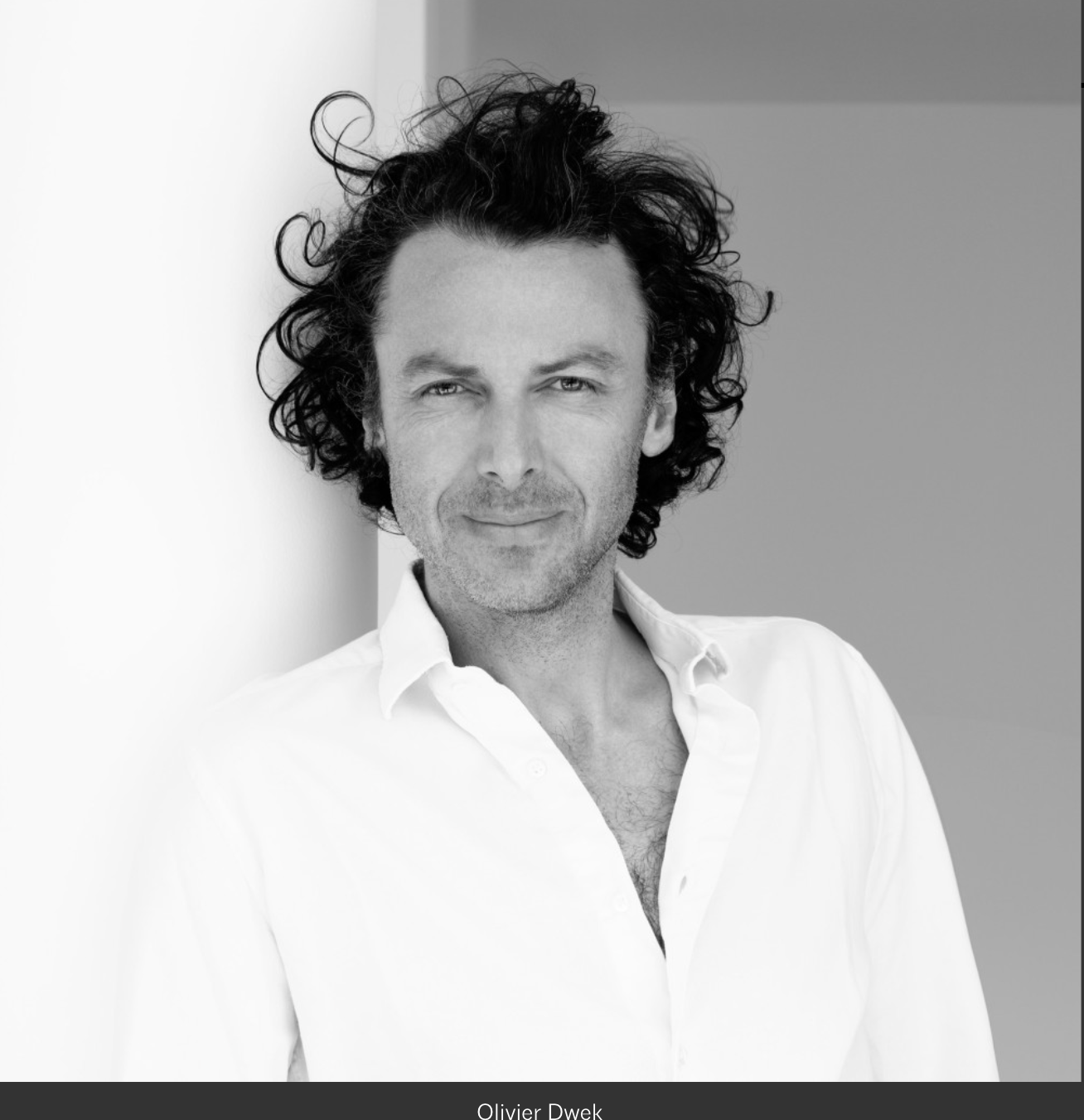 Olivier Dwek
Brussels-based architect Olivier Dwek is a Belgium modernist and purist. With a great passion for and knowledge of art history, contemporary art, modern design, and the art market, Dwek has made a name for himself via his curated interiors filled with art and design masterpieces. Since opening his architecture firm in 2000, Dwek’s projects have combined architecture, décor, interior design, and a curatorial selection of objects. They are typically filled with work by artists like Jean-Michel Basquiat, Louise Bourgeois, George Nakashima, Charlotte Perriand, Robert Motherwell, Ed Ruscha, Richard Serra, and Donald Judd. Dwek is known for encouraging his clients to collect and for guiding them in their art acquisitions. An artist to his core, he believes that architecture should be created in the service of the arts, and his spaces are characterized by comfort, calmness, and visual continuity. His interiors are pristine, timeless, fluid, and elegant. “Natural light,” he says, “brings architecture to life in a way that is extraordinary.”
Veere Grenney 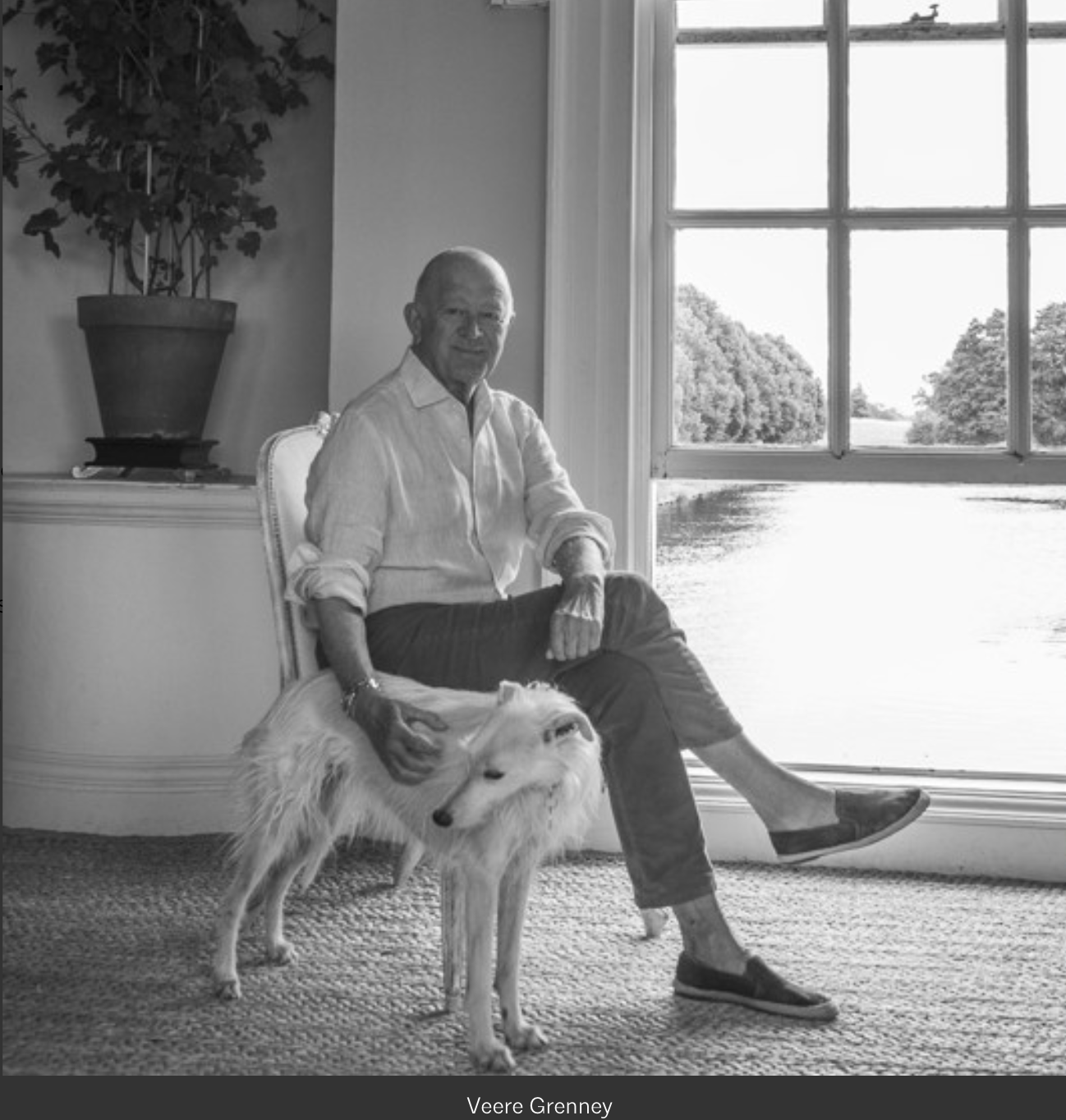 Born in New Zealand, Veere Grenney settled in England at the age of 23 and has since become a key figure in the English decorating world. He was apprenticed under Mary Fox Linton and later was a director at Sibyl Colefax and John Fowler before launching his own studio, Verre Grenney Associates, in 1997. His personal vocabulary combines the humble with the grand, the modern with the classic, all informed by a traditionally English touch. His spaces are harmonious and livable with a sense of English country house comfort and Arts and Crafts allure. He constantly seeks to interpret his clients’ visions of interiors in a way that reflects their individual lifestyles. Grenney tends to include pieces of furniture from the Aesthetic Movement, Arts and Crafts, and Georgian eras, and his taste has always remained highly eclectic. His color palette is serene, including pale grays and pinks, and he believes in elegance, simplicity, great proportions, and comfort in design.
Jacques Grange 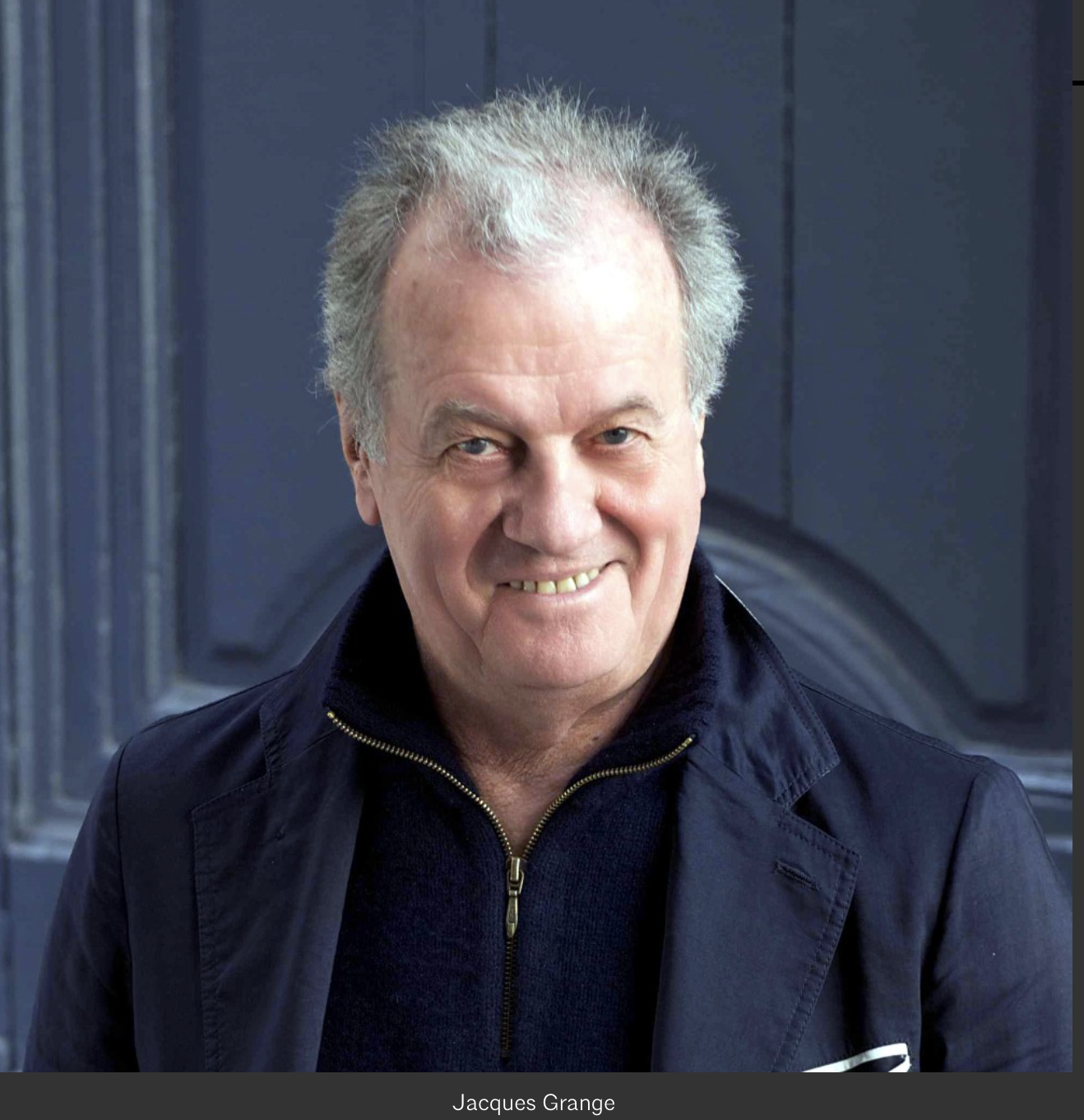 Jacques Grange was named in Time magazine’s 2008 design issue as one of the world’s most influential designers. Over the course of his five-decade career, he has designed homes for respected collectors, artists, designers, and tastemakers. His style is defined by his refined and eclectic taste, and his signature balances virtuoso flourishes with tasteful understatement. Grange’s immense personal collection was unveiled to the public when it was auctioned by Sotheby’s in 2017, revealing his private world and his passionate life as a collector. The collection included works by Damien Hirst, Jean-Michel Frank, Claude and François-Xavier Lalanne, Hector Guimard, Fernand Léger, Donald Judd, Alberto and Diego Giacometti, Yves Tanguy, Alexandre Noll, Archibald Knox, Victor Brauner, Hiroshi Sugimoto, Paul Klee, Armand-Albert Rateau, Max Ernst, Eileen Gray, David Hockney, Joseph Hoffman, Henri Matisse, Joan Miro, and Alexander Calder.
Pierre Yovanovitch 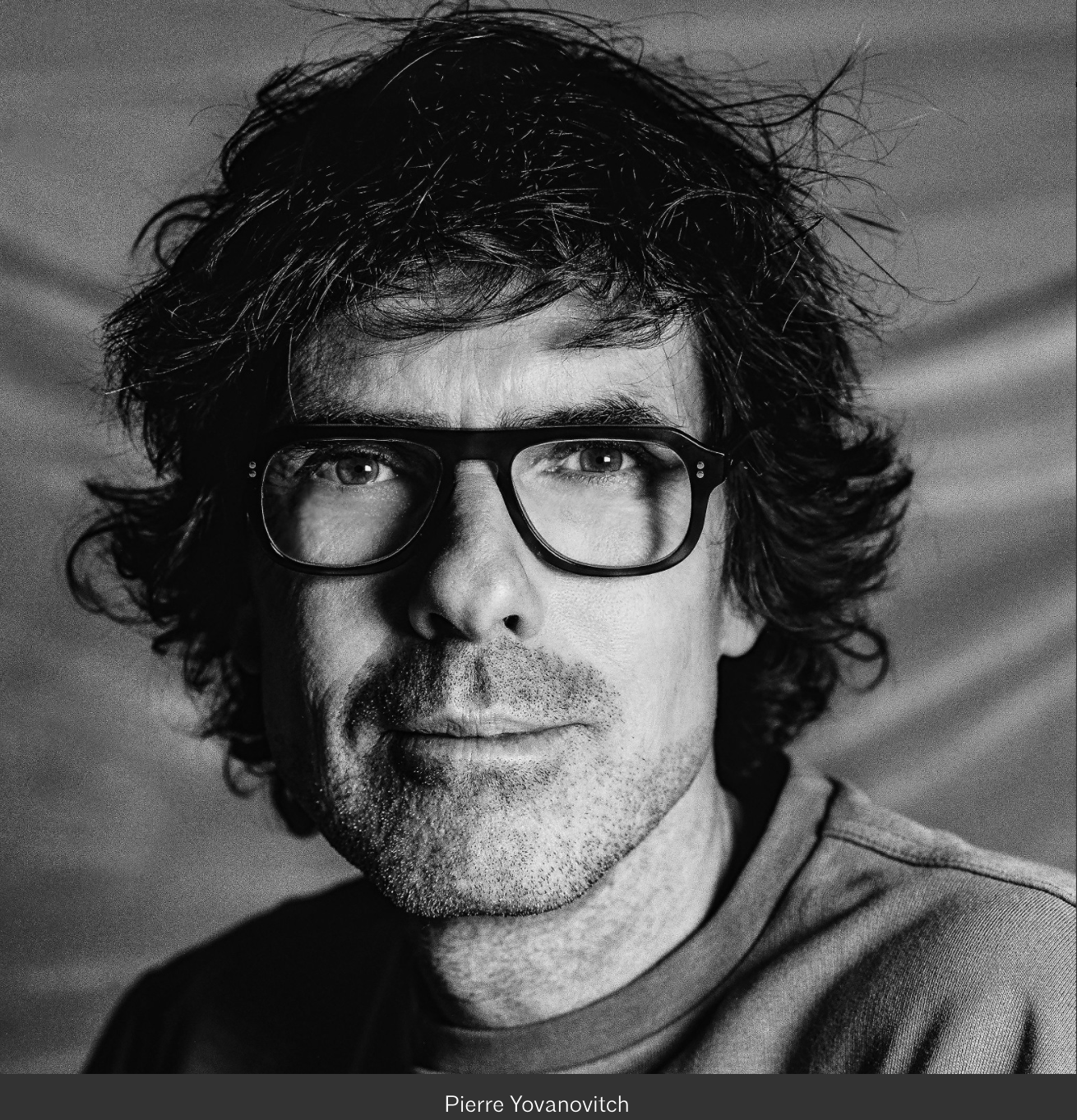 Since leaving the fashion world and establishing his Paris-based atelier in 2001, Pierre Yovanovitch has specialized in interior architecture, creating haute couture residences and retail and hospitality spaces across the globe. His powerful signature style is strongly rooted in the history of French modern design, particularly in the mid-20th century era. Materials—precious woods, stone, marble and metal—have become touchstones of his spaces and furniture design. His passion for craftsmanship has led him to work with a wide range of artisans and craftspeople, including ceramicist Armelle Benoit, woodworker Pierre-Eloi Bris, upholstery studio Jouffre, and metalworkers at Fonderie Fusions. His love for collecting has resulted in unique combinations of vintage, antique, modern, and contemporary styles. Pieces by such masters such as Paavo Tynell, Flemming Lassen, Paul Laszlo, Paul Frankl, and T.H. Robsjohn-Gibbings can be regularly found in his interiors, along with site-specific works by such contemporary artists as Daniel Buren, Ugo Rondinone, James Turrell, Tadashi Kawamata, and Klara Kristalova.
Alan Wanzenberg 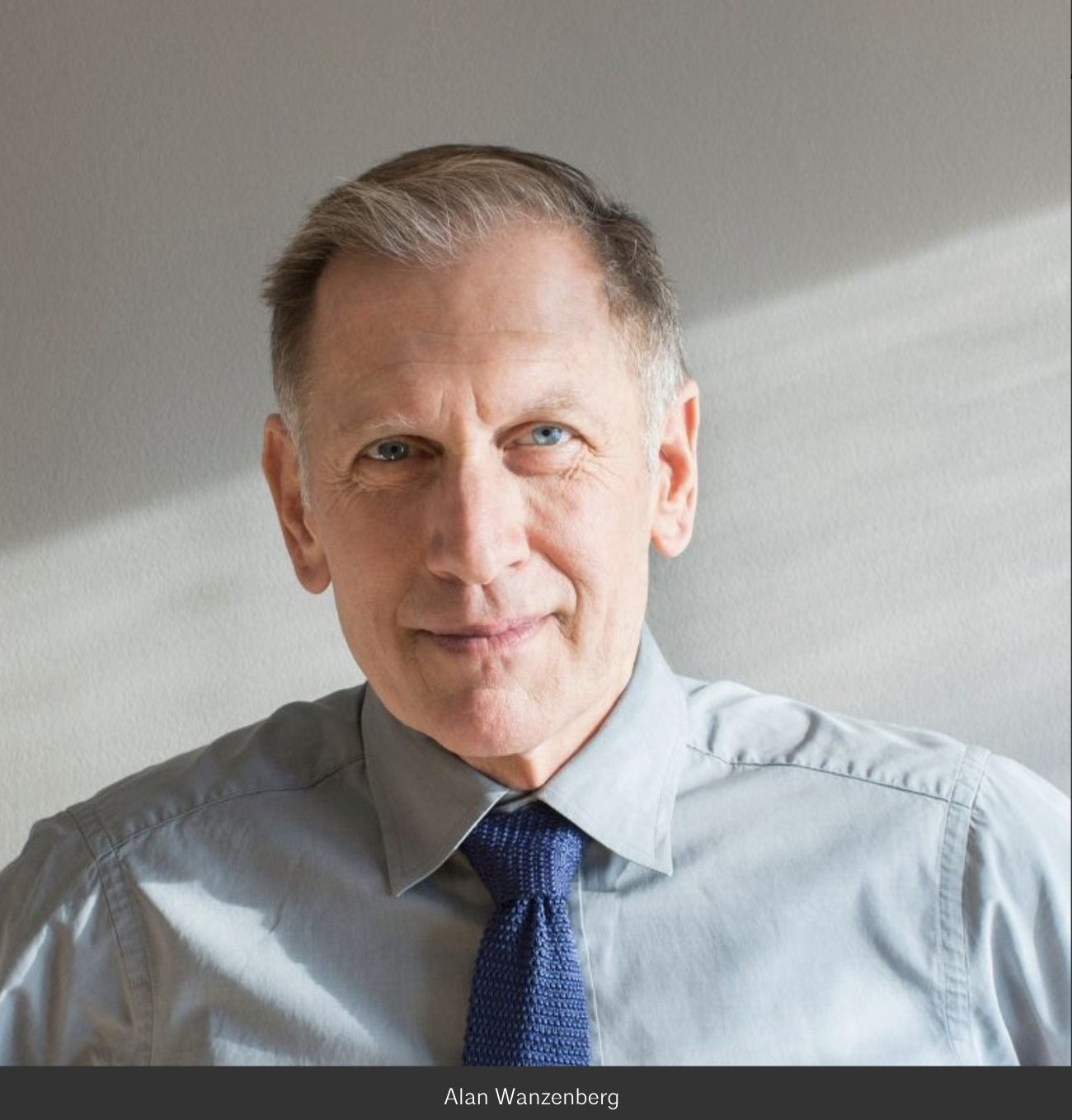 New York-based architect Alan Wanzenberg is one of the best-kept secrets in the world of interiors. For four decades, he has practiced architecture and interior design, creating sophisticated spaces that are accented with impeccable art and furniture. In 1982, he co-founded the firm Johnson & Wanzenberg with his life and business partner, the late Jed Johnson. This practice became one of the most influential design partnerships of the 1980s and early 1990s. After Johnson tragically died in a plane crash in 1996, Wanzenberg established Alan Wanzenberg Design LLC. His residential design is known for its rigorous, fastidious detailing and modern sensibility that incorporates historical objects. His passion for the Arts & Crafts and other avant-garde movements of the early and mid-20th century has had an impact on his oeuvre. He was one of the first to bring furniture by Gustav Stickley to interiors and he promoted the taste for Mission during the 1980s and early 90s. Congruent with his private commissions, Wanzenberg’s commitment to nonprofits runs deep; he has used his professional talents to further the missions of several educational and community organizations.
India Mahdavi 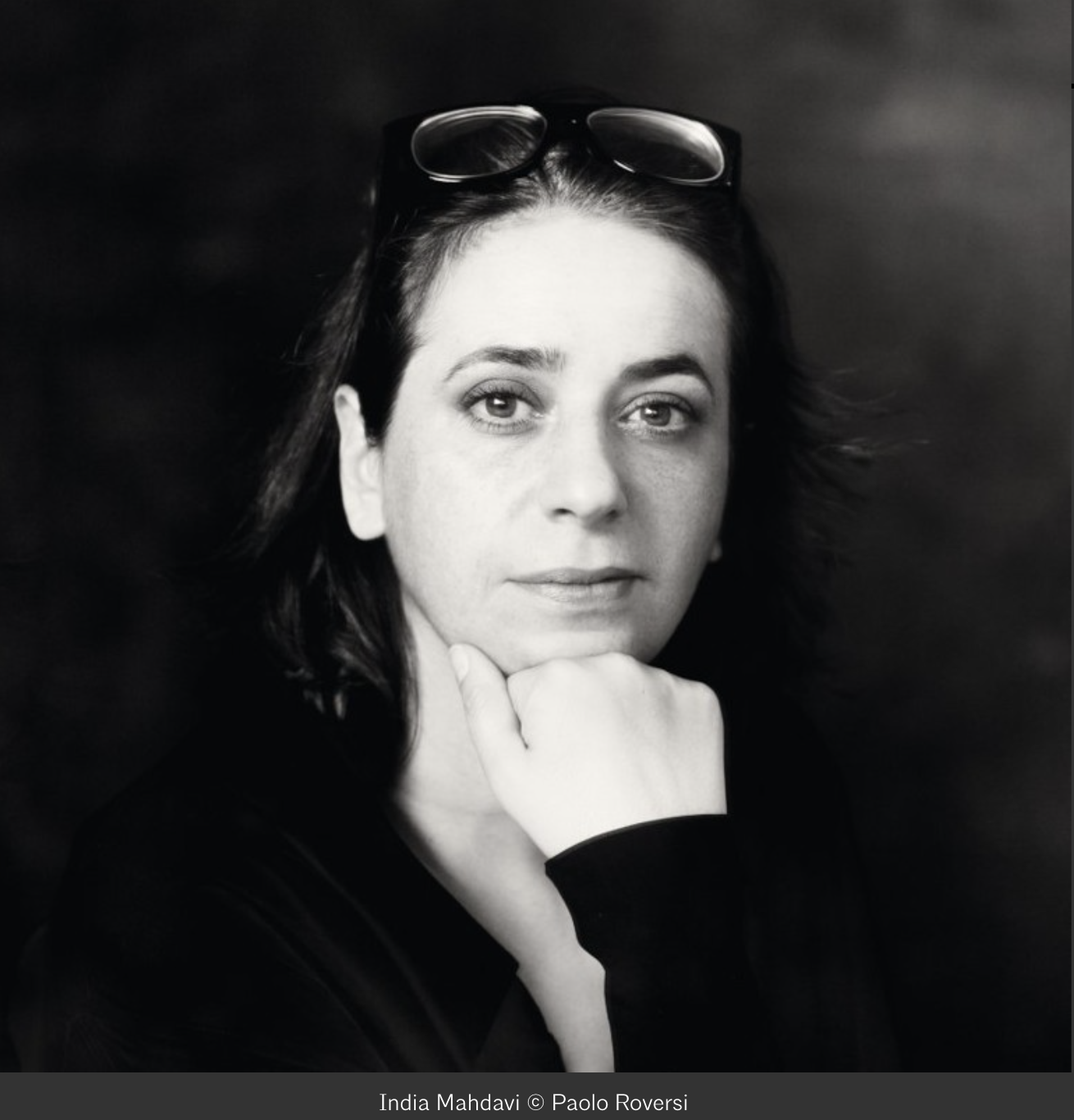 Iranian-born French architect India Mahdavi is known for creating colorful bold interiors, often working in monochromatic schemes (such as the famed pink Sketch Restaurant in London). Since founding her studio, IMH Interiors, in 1999, she has made a name for herself by designing through storytelling and narratives that are often romantic and filled with fantasy. She seeks to create an experience, and her interiors are strong and daring, yet fun and playful. Mahdavi’s storytelling is rooted in history and in place. For French bakery Ladurée, she created a different theme for every location. The combination of color is at the core of her practice, meant to make people feel joyful. “I like colors to have a conversation,” she says. “They should start a conversation, they should argue, they should get close, they should get upset with one another.”
By registering for this series, participants agree that no part of this series will be copied or reproduced in whole or in part in any manner without the permission of the copyright owner.
Please note that due to copyright reasons, these sessions cannot be video recorded.
Read more about plans for and the inspiration behind this unique series in this recent article published by Design Miami.
Organized by
AIANY and Dr. Daniella Ohad