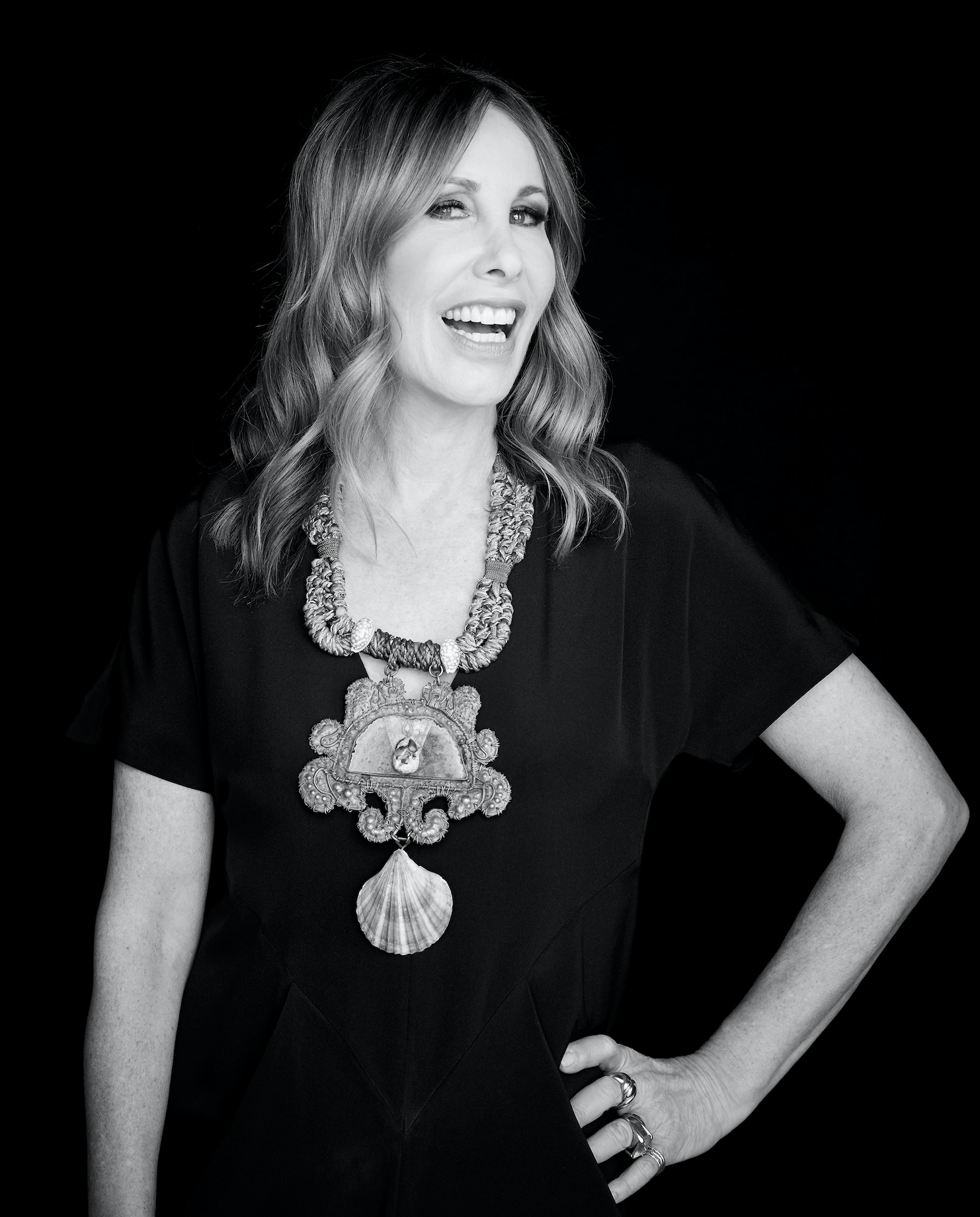 By KK Snyder
Madeline Stuart is a leading member of the Los Angeles design community whose wide-ranging clientele comes from the entertainment industry and the world of business and finance. Equally at ease designing a 1920s Hollywood hacienda, a Fifth Avenue Manhattan apartment, or a Rocky Mountain retreat, Stuart stresses, above all else, the fundamental marriage of integrity and beauty. Her projects reflect a collaborative relationship between architecture and furniture, function and form, client and designer.
A significant portion of her firm’s work focuses on architectural restoration and remodeling. Having established a reputation for meticulous attention to the myriad details of interior and exterior architecture, Ms. Stuart’s firm has been responsible for reversing years of neglect and damage to properties originally built by such well-regarded architects as Sylvanus Marston, Paul Williams, and Gerald Colcord.
Three decades into her career, Madeline Stuart recently released her first book, No Place Like Home – Interiors by Madeline Stuart,
encouraged by her friend Mayer Rus, who also provided the forward. “I’d come to a point in my career where I felt I had the projects and the knowledge and I actually did have something to say, which is why I chose to write it myself,” she said, in a recent interview with Designer Society of America.

“I wanted it to not only be in my voice and sound like me, but I really did have something to say about my work and I’m very passionate about it. It was an opportunity to tell that story.”

In No Place Like Home, Stuart writes eloquently about her recent work. With insight and wit, she walks the reader through her design process, from initial vision to execution. From the meticulous renovation of Cedric Gibbons’s Streamline Moderne house to a newly built Montana ranch to a Mediterranean-inspired residence on the California coast, each project is informed by her keen understanding of history and craftsmanship as well as her skill with scale, proportion, and balance. These, along with her unexpected combinations of furniture and fine art and decorative elements, resulting in richly layered interiors that feel authentic to their period and place, while remaining always relevant, modern and beautiful.
A “showbiz kid,” the daughter of Emmy award-winning Hollywood producer/director father Mel Stuart, she grew up watching old movies and recognizes that designers also tell a story. “We tell the client’s story, filtered through sensibilities, knowledge, experience, aesthetic and taste,” she says. “While I don’t create fantasy interiors, we do speak to an idea, notion, dream―something that the client wants to express.”
The eight homes selected for her book each represent a specific dream, identity, and design style the client desired. “Each of these aesthetics is its own movie, its own set, and idea. These are sets for living, as opposed to what they do in Hollywood, which creates an environment that is temporal and transitory and doesn’t exist in the real world. These houses do exist, and they’re for real people,” she says.

Whether she’s interpreting a contemporary version of Arts and Crafts architecture or Spanish Revival or Streamline Moderne, “These are homes that are influenced both by the architecture and my experience, my knowledge, and my love of history and interior design. We’ve created a world for these people to live in.”

With a design style, she describes as “timeless, understated and lacking in pretense,” Stuart encourages those new to the industry to read, study and learn all they can about different architectural styles and designers.
“I don’t think you can get the same level of information and inspiration from Pinterest. Read the magazines, collect the books. The book could be on Islamic patterns, traditional molding styles, Japanese textiles…I have an extraordinary library and I go to it almost every day.”
People don’t spend enough time trying to understand what makes our world so compelling, which is the work of past architects and designers, materials, inspirations, history, art,” she says, acknowledging that she used to pore over every issue of Elle Décor, House and Garden, World of Interiors and others, reading them cover to cover and learning her trade.
Finding a mentor is another suggestion she makes for new designers, her own lack of a mentor early in her career being something she now regrets. “It took me a lot longer to discover Chinese furniture or Louis XIV or whatever it is. had I been mentored by someone, I think I would’ve been brought along in a different way.”
Stuart personally mentors everyone that works for her, leaving them enriched by the experience, whether it’s for a few months or 15 years. “I’m so committed to teaching people about art and design and architecture that they all benefit from that,” says Madeline, who lists among her own inspirations Frances Elkins, Jean-Michel Frank and Jacques Grange.
Madeline Stuart Interior Design 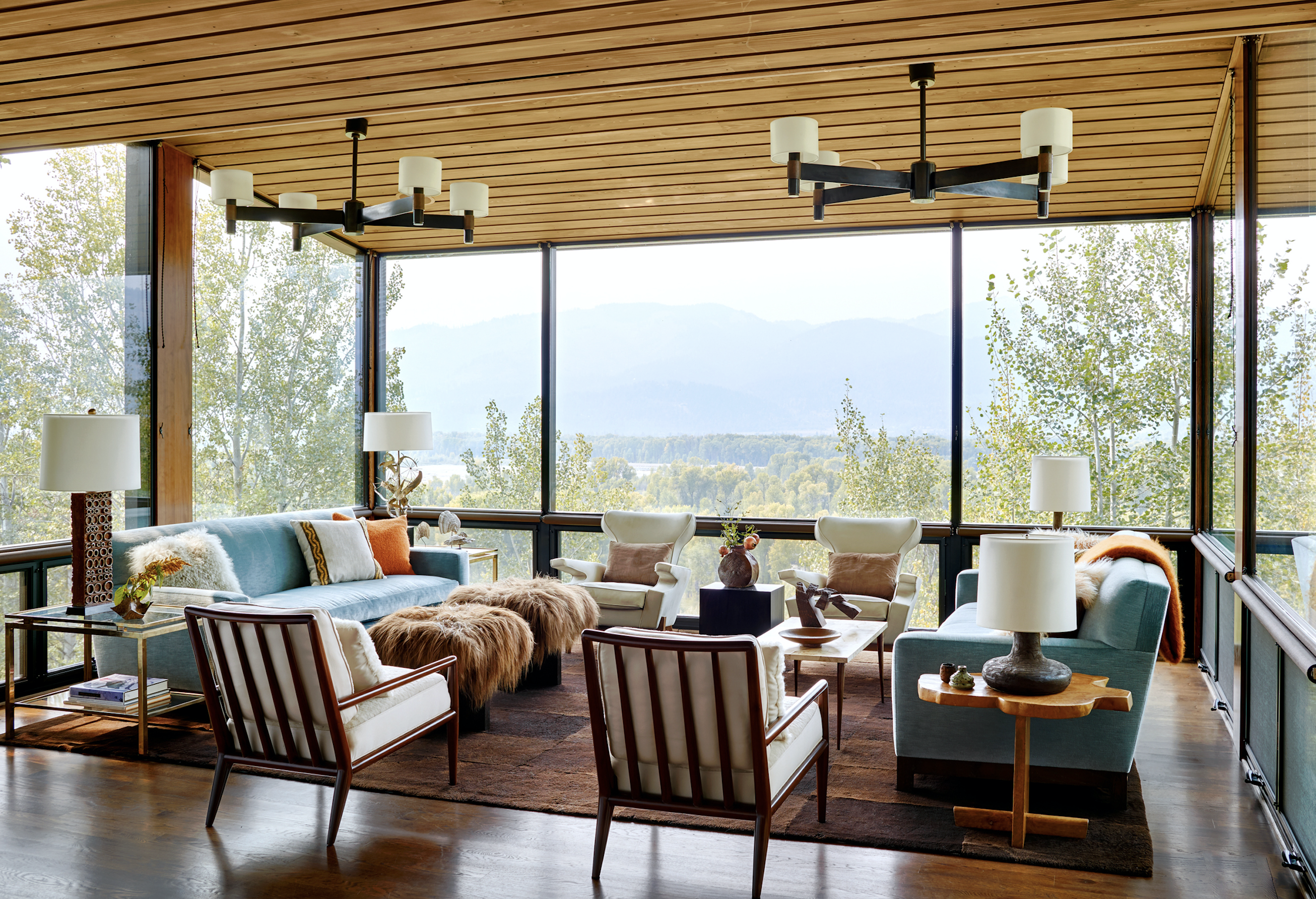 While technology and the internet can be useful, Stuart prefers to turn to her books for resources. “I’m a bit of a nerd. I still use a tape measure instead of my phone to measure. I’m still old fashioned that way,” she says, appreciating the technology but not relying heavily on it. “I still like to get up and out of my chair, and I travel to New York to find beautiful things. I want to see them in person, I want to touch them and feel them and understand scale and patina and proportion.”
The opportunity to work every day and do something different is important to her. Expanding her reach, knowledge, and understanding of design is compelling and keeps her going. “I don’t want to do tomorrow what I did yesterday. I want to find a new way to express an idea or a design concept or an architectural influence. It’s very easy to just riff on the same tune and your work becomes something of a one-note Samba. But for me, it’s about creating a new language and a new vocabulary for every project.
Traveling for inspiration could mean around the corner or around the world, says Madeline, who enjoys Paris, Italy and New York and has a list of places she wants to see for the first time. “You could walk down the street and see a beautiful handle or the brickwork on a building and that might inspire something,” she says.

“People need to keep their eyes open and remain curious.”

“I would wish that and want that for younger designers―always be willing to explore and expand and improve,” she says.