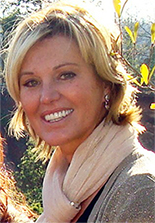 Dedicated to supporting the rights for interior designers to practice.

Committed to increasing opportunities for designers.

One of the best things about interior design is that there are infinite ways to express your artistic talent.

Instrumental in the launch of the RIDQC certification developed in 2013.

She currently sits on the board of directors as CEO for "DSA"  Designer Society of America.

Managed multi-million dollar interior design project budgets; designed luxury homes; developed interior design " Discover Your Style" seminars for design shows to help the public with “DIY” projects. From 1994-2009 Natasha focused her attention on the art of interior design. During this time, she designed  “Green Rooms” (the meeting place for celebrities during the show) for the Latin Billboard Awards and was chosen to design for the “Designer for the Stars” (100,000 attendees) seven times. She published several homes and articles in magazines and newspapers, including Lincoln Road, Florida Architecture, Florida Design, Veranda, Elle, Southwest Georgia Living, and Miami Herald, and featured luxury homes on The View, with Barbara Walters.

1981-1983 attended a private college dedicated to the art of interior design and clothing design. Natasha obtained a degree in both. 1982-1994 designed couture clothing under her own signature. During this time she designed themed parties for NBC and clients in Beverly Hills and Miami Beach. The demand for her themed parties evolved into clients requesting her talents as a designer for their private homes.